It would be fair to say I am very keen on Mannix Point Campsite. The fact that this is my third visit is testament to that, but it is also a bit of an epic journey for me to get there. It's really an eight hour journey which is not something I have got used to. As per my previous post we decided to break up the journey by stopping overnight in Adare which is a five hour drive, and then we did the last three hours the next day.

The last three hours of this journey are the worst. Gone are the good roads and along come driving through towns again. The roads are fairly good but you have traffic in every town, and there seem to be quite a few of them. The last major town before entering the 'Ring of Kerry' is Killorglin. From there on the roads are narrower but the scenery more dramatic. A final push on to Cahersiveen and Mannix Point is on the outer edge of the small town, right on the sea front.

The weather in Adare had been gorgeous, and we set up in Mannix Point in glorious sunshine. Then the weather started to be a bit of a problem. I was completely unprepared for it as I'd assumed (hoped!) that the great weather we'd had the previous two times was how it always was in this part of South West Ireland. The following morning we woke to gale force winds and heavy rain, and for about 9 or 10 days out of our 13 days (supposed to be 14 but we went home one day early) it bucketed cats and dogs, and blew a gale.

I had no coat, not even a brolly. I had a jumper which I promptly lost two days in because although I was using it as protection from the rain, it was really too mild for a jumper and every time I was inside anywhere I took it off. I think I may have left it in The Blind Piper (pub) or in Derrynane House (historic house) or in a coffee shop on Valentia Island. Or it could be in the Skellig Michael Visitors centre or a myriad of other places but one thing is for sure, it wasn't at Mannix Point either in the cottage or my tent or my car.

Thank Goodness for the facilities at Mannix Point. I often say this is the best campsite in Ireland, and this is why. The campers kitchen and dining room is the best I've ever seen. The sitting room has a turf fire set every day and instruments for all to play and as a warm, dry place to escape the weather this couldn't be bettered. The staff are fantastic, they are so welcoming and like a family more than staff.

The campsite even won the Tripadvisor Certificate of Excellence this year for the third year in a row which just goes to show I am not the only one with a high regard for the place.

We set up our Bell Tent in pitch 6 of  'High Field' which is an all tent section with no hardstandings. We had Electric Hook Up (EHU) and set up our tent so that we both had a sleeping area each with low chairs and a table to hold a light and a radio and other bits and bobs. We had a clothes bag each which were kept adjacent to our own bed area and I dressed up the outside with a bit of bunting. I initially set up a cooking area outside but due to the bad weather we packed up most of our cooking stuff and food into one plastic box and kept it in the main kitchen. There, I was able to use the campers fridge with my name written on the milk etc and many other campers took to doing the same thing. So in terms of breakfast and meals, we went to the cottage to cook and eat and we ate out a bit too. I had my own dishes and pots and kept them clean with my own dishclothes and drying cloths even though these things are provided as well. It worked great in the main but the weather being so bad meant that there was some competition for space in the kitchen at peak times. The kitchen isn't really meant to be used for so many people I suppose, but due to the bad weather everyone wanted to be in it!

We ended up pitching a tarp low to the ground on our pitch to act as a shed, because my chairs, tables etc were getting wet and in parts starting to rust.

It dried up a little bit and on two nights we managed to barbecue and then one day we had a whole day of glorious sunshine where we went to the beach at Caherdaniel and got burnt to a cinder. On another dry(ish) day we went kayaking and then the King Scallop Festival was miraculously saved with pretty good weather as well. 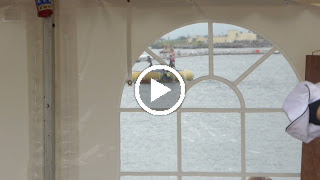 On a wet day we visited the Historic house at Derrynane of Daniel O'Connel, early 19th Century Irish Political force and pacifist. I found the visit much more interesting than anticipated considering we were just looking for something to do to get out of the rain. This property is run by the Office of Public Works (OPW) which is similar to the National Trust. Cheap to get in €4 for me and half that for my son with his student card. 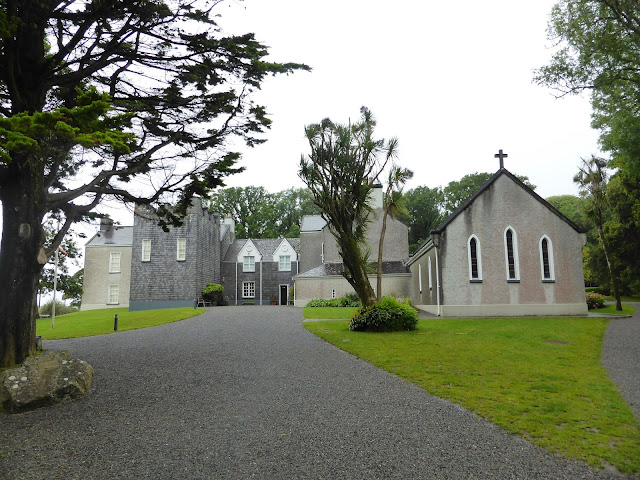 We decided to come home one day early based on the weather report which saw another wave of rain and wind coming through the area. We made a straight run home this time and with no stopovers, and despite all the tribulations I am having camping withdrawals already.

Thank you to Mortimer and Pat of Mannix Point for having me yet again and I can't wait until the next time. 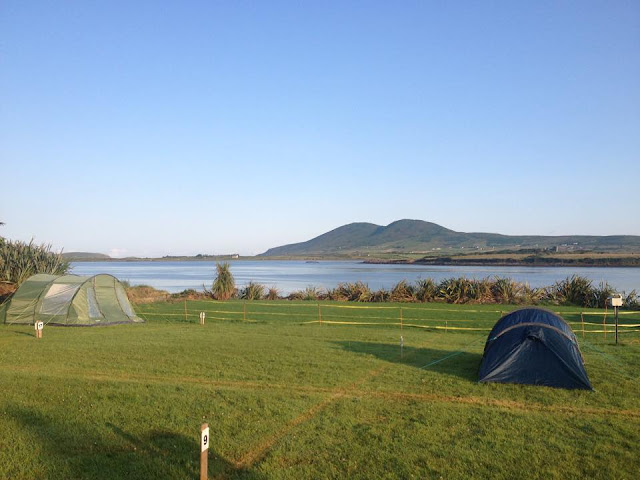 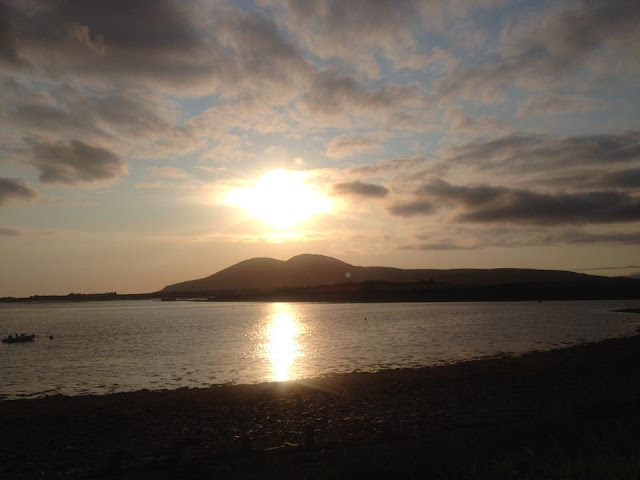