The Wild Atlantic Campsite and the Wild Wind 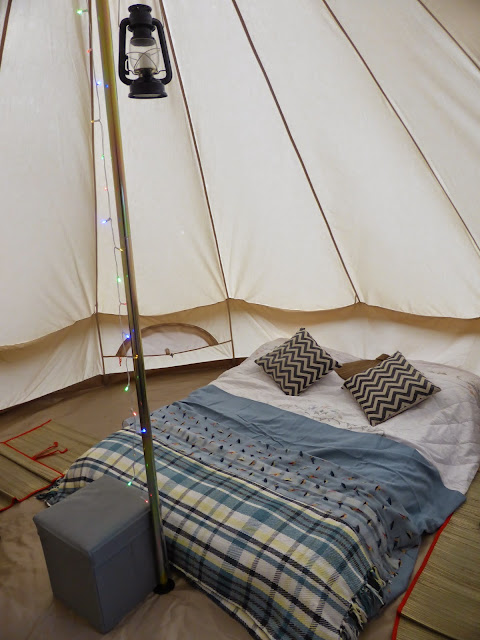 Camping at the Wild Atlantic Campsite in a storm.

The Wild Atlantic Campsite is in North Donegal right in the village of Creeslough. It is a hilly terrain and the campsite is downhill from a main street which has shops, dwellings and a fuel station along it. The effect is that when you are on the campsite the road and buildings are above you. The campsite has an all-weather sports pitch, an extensive childrens playground, and a bike hire facility. At the bottom of the site is a mini golf course. This area was waterlogged and was not being used as a golf course at the moment. Creeslough itself is about 6 miles from Dunfanaghy, which is a popular holiday home area and has a bit of an arty buzz to it (and a strong smell of money) from the newly retireds, who wander down the street with matching pale blue sweaters over their shoulders in true sloan style, in search of a latte. This is not deepest Ireland as you'd see it in the postcards, it's not a place with 17 pubs down one side of the street and 12 down the other. There's not a shamrock in sight, even the 'trad' music is cool acoustic jazz. Apparently there's even a Jazz festival in September.

On the Friday evening I ended up in Dunfanaghy. This was mainly because I needed a bank machine to get Euros as I had not time to sort that out while I was still in the 'North' (paradoxically, I was geographically more 'North' than my own home town but people from Northern Ireland and Ireland will know well that 'The North' means Northern Ireland which has sterling instead of Euros and Donegal, despite being geographically north, is considered 'The South' as it is a county of good old Eire. I include this for my English relatives who are all a bit confused by the distinction.) Anyway I knew for a fact that there was a bank machine in Dunfanaghy but not sure about the whereabouts of bank machines in Creeslough. On a practical note, it turns out the bank machine in the Centra Shop, in Dunfanaghy, is in fact the only bank machine around for miles. Welcome to Ireland.

The second reason for going to Dunfanaghy is that I knew I could get a really fancy, very tasty gourmet pizza in a pub with music (soft acoustic) and I knew because I'd been once last year. The pub is called Patsy Dans and it has this really cool beer garden with lots of glowing lights and vintage furniture. It was too cold to sit outside and so I ended up sharing a table indoors with two other women who chatted away and made me feel a little less lonely, as sitting on your own is never that much fun.

My podding friends weren't turning up until the next day. I spent a bit of time glamping my new Bell Tent up and really enjoyed having the luxury of a double bed this time. I took a 'readybed' and layered it underneath with mats for insulation and on top with blankets. I was going for a blue theme as I have a blue 'Beanstalk camping kitchen which is a collectable retro item now. The wind was quite bad and I didn't sleep that well due to the noise and worry about the fact I'd pitched under a tree, and I was concerned the wind would knock a branch down. Little was I to know that the storm was only going to get worse.

The following day the tent didn't seem to be coping all that well with the now incessant rain. A few places on the polycotton developed white patches which seemed to have drops of rain coming through the fabric (although it did not actually drip) and the wind was getting stronger and the tent was bowing in on one side. I got my peg bag out of the car and replaced all the windward side pegs with deltas.

It felt quite restrictive being in a Bell Tent in the rain, but the two windows came in to their own for the first time in the use of the tent so far. Honestly the walls would have been closing in if it wasn't for the fact that I could see out. So glad I have those windows and worth going polycotton for that feature alone.

I went off for a drive to check out another nearby campsite, but the storm was so bad I could barely get out of the car. When I got back to the campsite I parked the car on the windward side of the tent to take some pressure from the guyropes, which looked like they would snap.

As the day became night (and my friends and I went for a takeaway to a place conveniently beside the campsite) the storm gusted to approximately 35 miles per hour, according to accuweather - and when I went to bed that night I felt genuinely scared, and that I was really stupid for being in a canvas bag, under a pine tree, in what amounted to a Force 7 gale. The Accuweather proclaimed a weather warning for wind and for flooding was in place. I did sleep fitfully, but the wind would whoosh so loudly overhead and then hit the tent a second or two later, that I did think I could be in real danger.

Somehow, the tent and I survived until morning. The wind subsided and the sun even tried to come out. I went to the onsite coffee shop with my friends and it was decided that we'd go to the beach. Honestly, if you'd seen us you'd have thought it was December. I was in a heavy winter coat, my friends where in coats, hats and gloves and their kids were in wellies, hats, waterproof jackets and scarves. We enjoyed the beach anyway. We found mussels - I brought some home. Soaked them, ate them, they were nearly restaurant size. They were lovely.

I arrived back on site about 1pm and found a couple in a campervan were waiting for me to leave. It was my own fault, I should have packed in the morning. It being a Sunday I'd assumed I'd not have to rush off site. I even considered staying another night (as the weather was to vastly improve) but it was not to be. I actually don't think this couple had to take my pitch, as there were others available. But it was clear that they fancied my pitch and so it was that I had to pack up sharpish. They went for a walk so at least I was able to get on with it without an audience. However the heavens opened again and I was like a drowned rat, and now I'm home with a hideous wet tent.

It kept standing even in a Force 7 Gale even though it didn't look like it would.
It was nice to glamp it up a bit
It has windows

It's too heavy, it's a beast. I can barely handle it. I'm not exactly fit though.
The PVC floor is so substantial that it doesn't fold up easily when one person is having to do it by themselves.
It doesn't dry that quickly.
It's quite big so you take too much stuff to put inside it. 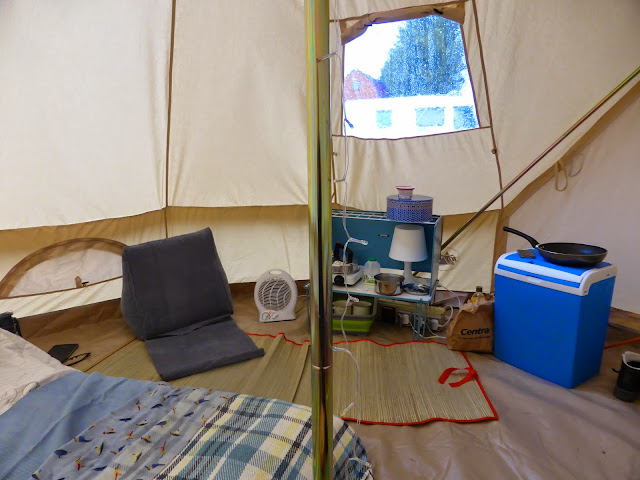 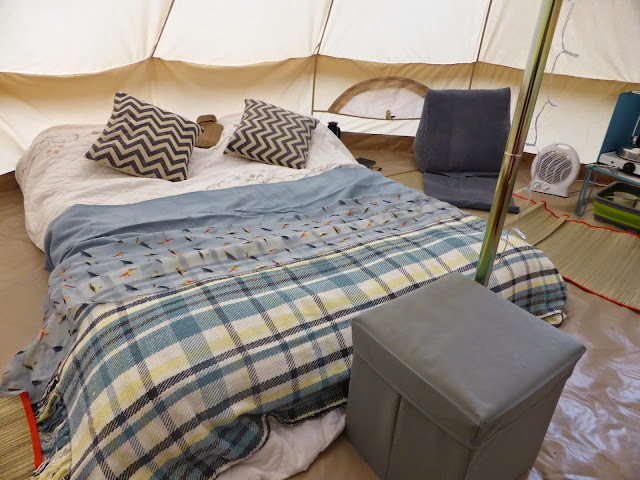 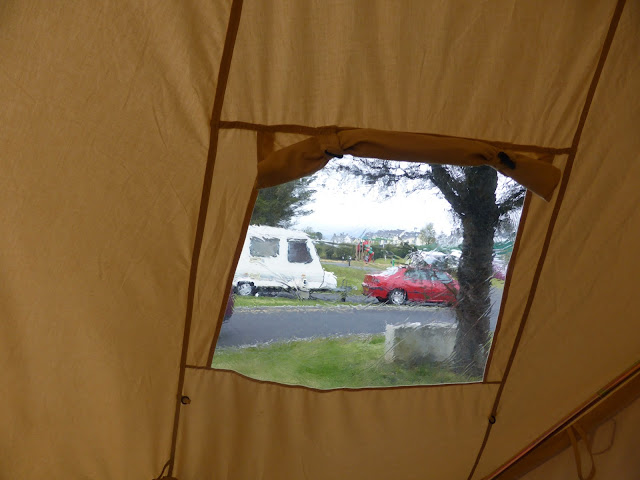 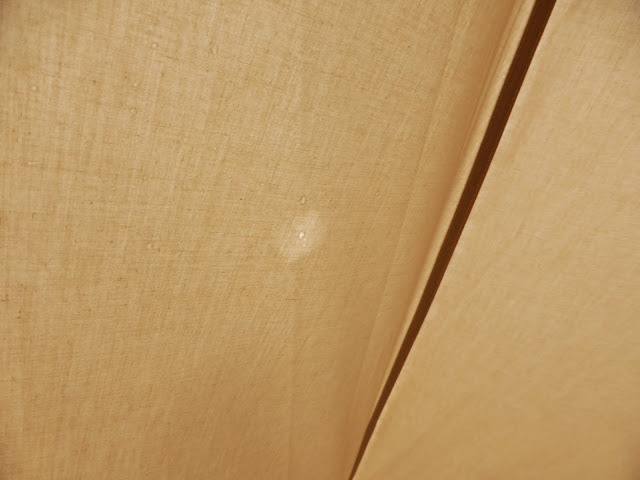 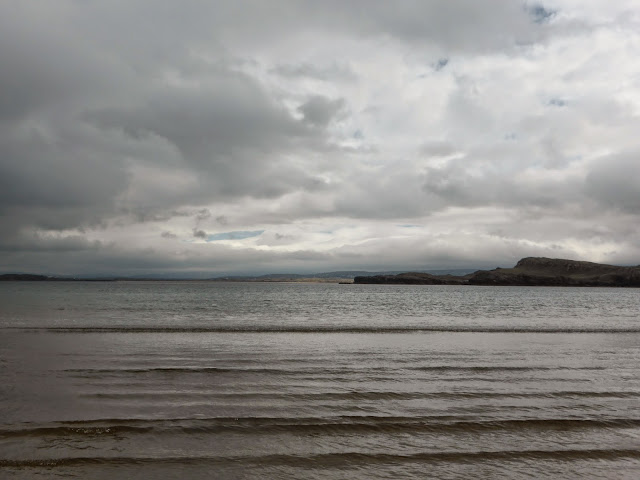 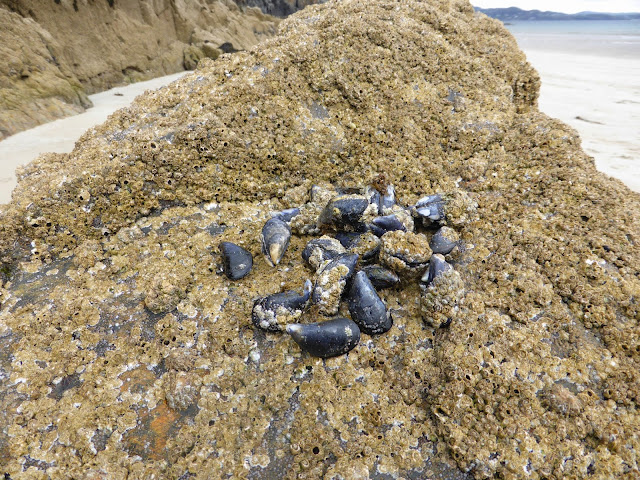