The Sunflower Fest has come of age. No more are we the punters struggling with unnecessary hardship, the place was clean, the portaloos were plenty, the mud was minimal despite some rain. The bands were fantastic, the food was plentiful and varied, and the outer corners held some special little spaces that you came across by surprise such the Coconut Water Bar, a lovely little chill out spot. 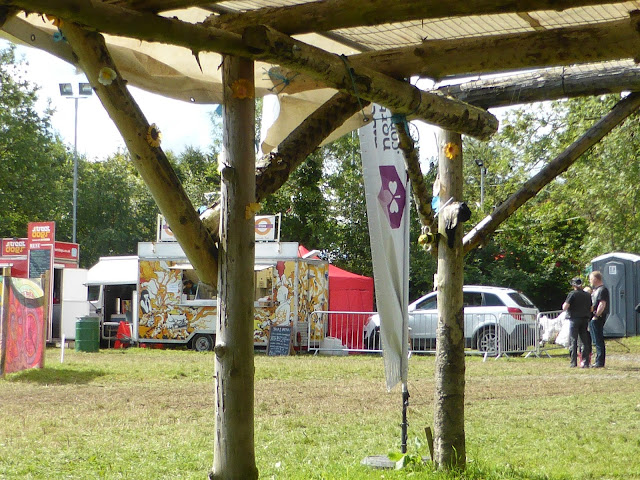 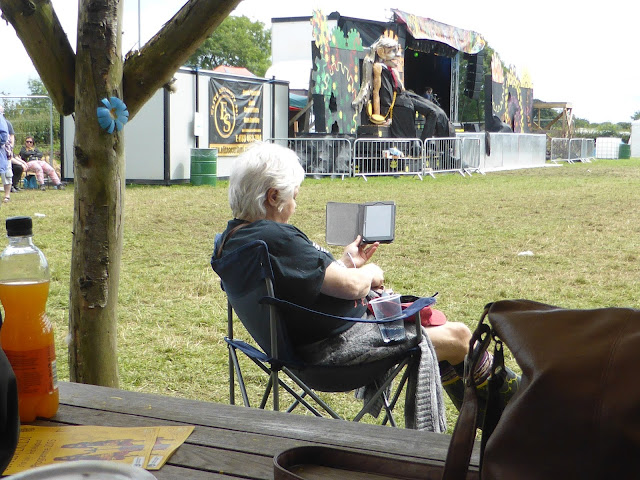 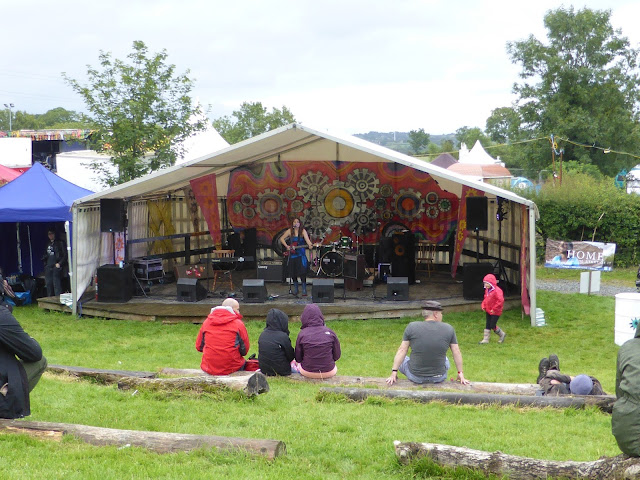 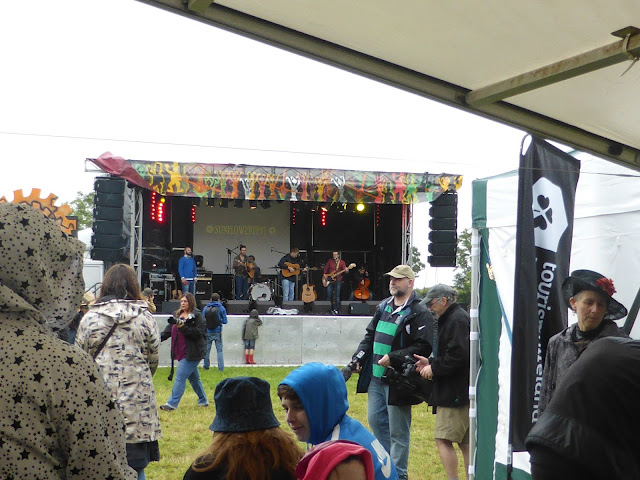 There were lots of little tweaks. The main stage used to have an undercover area to one side that was VIP only, now opened up to all who needed it as a shelter from the rain. A Marquee right beside the sound tent (mid centre of main arena) that used to be occupied by a frankly dodgy burger vendor who took up most of the space for his customers, has been vacated with just a few simply constructed low tables that served as seating and/or coffee table, under cover and out of the elements. The hot food vendors lined the sides of the field in the main arena and the prices were reasonable.No more is the guy that served one slice of pizza and a can for a fiver - now you can get a whole pizza, any topping for a tenner. Also on offer was barbecue sticky ribs, a Burrito Bar, traditional Chippy, Thai and down in the 'Bliss' Valley vegetarian Falfatel.

The band of the whole weekend, in my opinion, was a band called The Screaming Eagles. They are a bluesy rock band that are sharing stages these days with such big name bands as Airbourne and Black Star Riders. 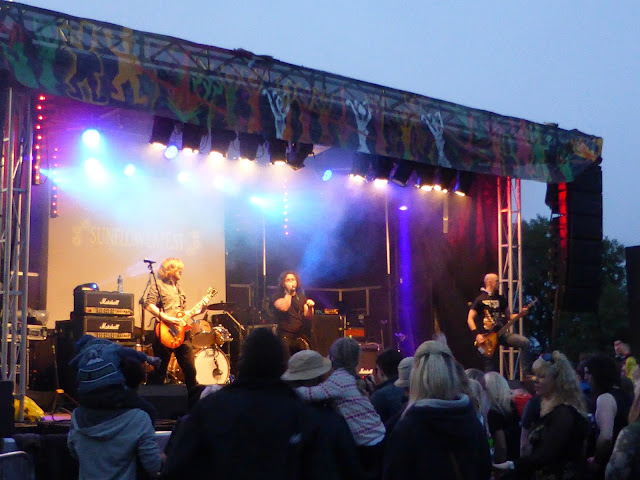 The second best band was called 'The Love Street' hailing from Cornwall, with a surprisingly celtic rock flavour and who won over the crowd with a rousing rendition of 'Whiskey in the Jar', always a winner in my book.

My eldest son and I carried everything in on one run, using a decent trolley and a crap one. The crap one really let us down and will be replaced before we take this type of thing on again. The little wheels just weren't up to uneven stones and grass. We'd worked really hard to condense all we'd need down to as little as possible, and decided to take the Quechua Base Seconds with the optional inner you can buy, to serve as our 'home' for the weekend. In hindsight, considering the weather could only be described as iffy, it would have been better to take something a bit more spacious. 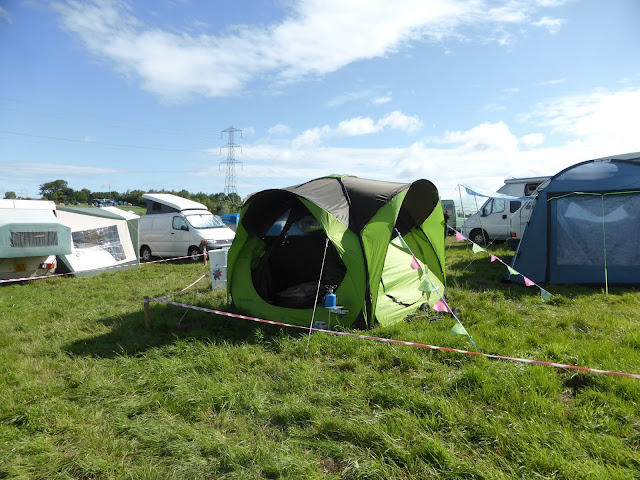 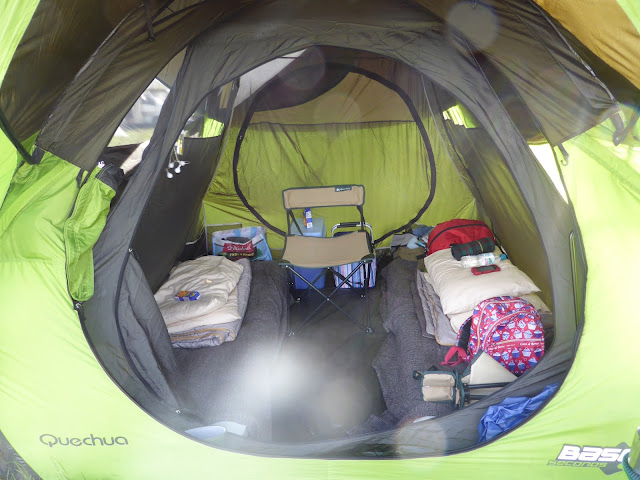 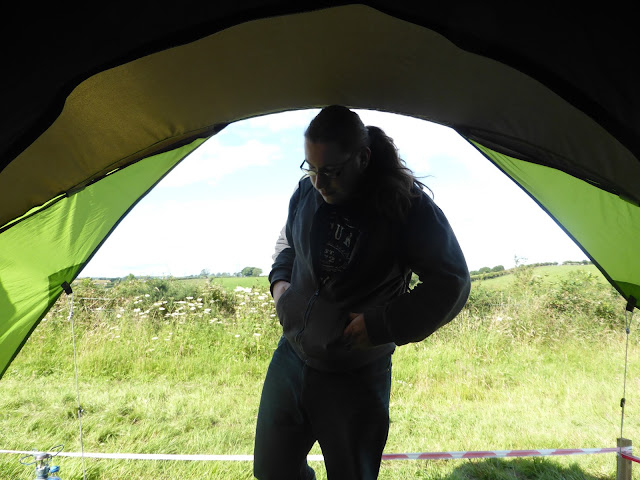 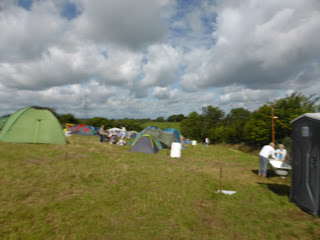 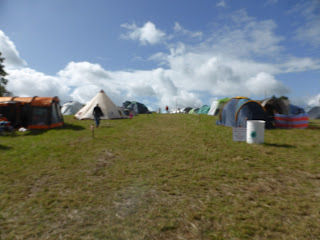 In all it was a lovely weekend and although we were tired at the end we were happy and a bit smelly. I met a lady called Denise who I'd corresponded with on Facebook prior to going and who turned out to be camping right beside me. She was working hard as a volunteer and I would consider doing volunteering there in the future, now that they seem to have sorted out all the teething problems five years in to the start of running this festival.
Posted by Campervic at 21:21