Memories of past seasons and saying goodbye to a faithful tent

Feeling a bit nostalgic about past camping trips I thought I'd look up some old camping photos, so here goes:

Following pictures feature a Royal Tarn 4, my two kids and one loopy dog (see if you can spot the dog) 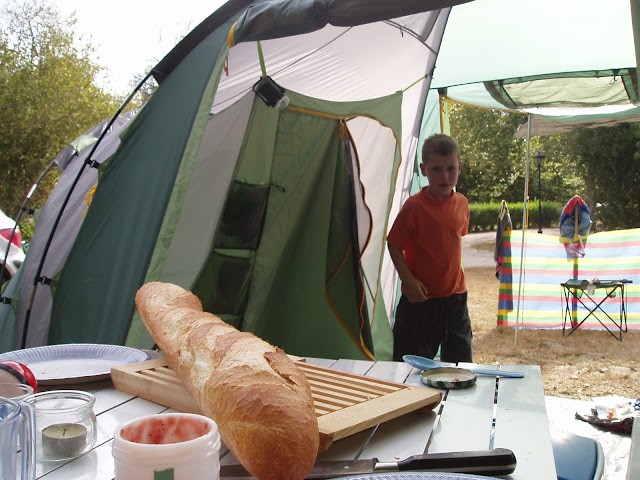 An oldie, taken in France 2006. I took that particular tent to a car boot sale yesterday, and asked for £20 for it. I ended up bringing it home again :( 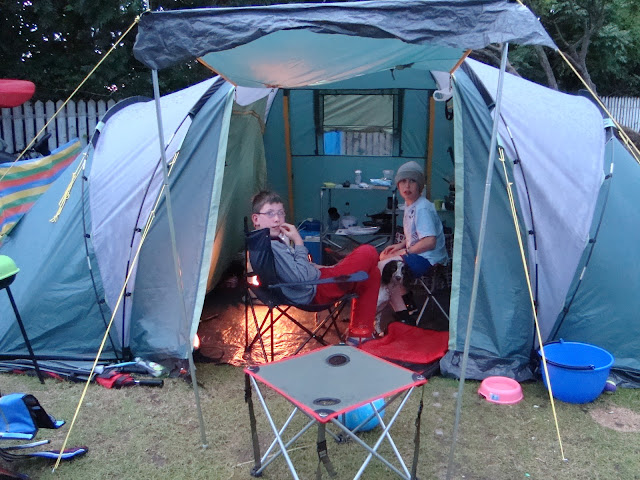 Same tent, taken in Benone in 2010, can't believe how much these two boys have grown since then! Both of them have overtaken my height, and it's no wonder we started to feel cramped in this tent when the only place my eldest son can stand is right in the centre. 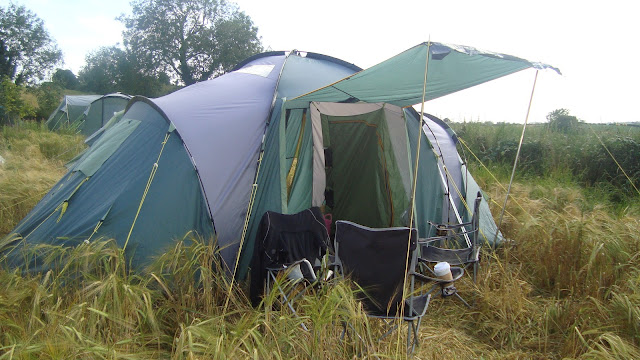 Most recently this tent was used at the Sunflower Festival, August 2011. Not a bad pitch considering I did it single handed, in complete darkness, by feel. And that included trampling down the wheat (which was the designated camping area for the festival, I don't make a habit of trampling down farmers crops).

That trip convinced me we'd finally outgrown the tent. I thought I'd hold on to it for a 'borrowing' tent but as no one has borrowed it for one year I think it's time to get rid of it. It'll be brought to the next car boot sale, where I may or may not get a tenner for it.