I got an early start for a weekends trip to Maddybenny, due to an understanding boss who could see I was itching to get away (and not much work on), so I was off like a shot!

I arrived at 2pm and chose a nice spot amongst these trees. I found level places to pitch my tents, yes I had more than one tent on this occasion. Actually I had three. I'll explain later. 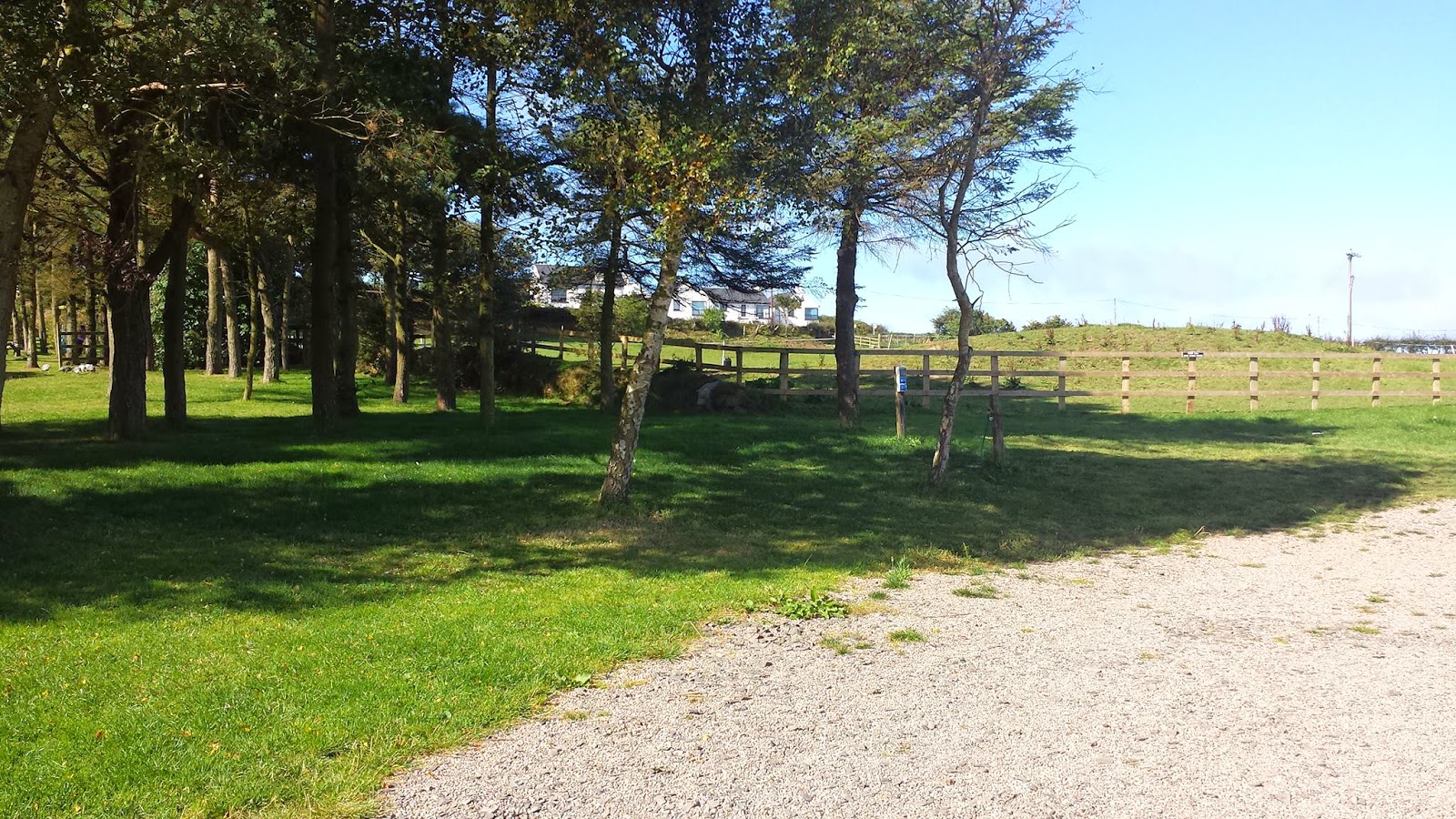 This weekend away was not a solo trip, it was arranged some time ago and there were a few people scheduled to attend this 'meet' with their families in various caravans and tents. Then as is often the case, life gets in the way and people bow out for legitimate reasons I'll not go into here - and so it was that there were three lots of us going, which is actually quite a nice number. The first night it was only two lots, with a third joining us for an overnighter on the Saturday. This family borrowed a tent from me, which I put up before their arrival as they were on site quite late. So one tent for me and one tent for them, that's two tents.

This is the third tent. I brought a Decathlon Base Seconds pop up and this was our shared kitchen for the weekend. In hindsight I still brought too much. I should have just brought a stove, a kettle and a bunch of mugs because we literally lived on coffee. And takeaways. The pre-made and frozen Irish Stew I brought ended up in the bin. The most complicated thing I made was porridge for breakfast. 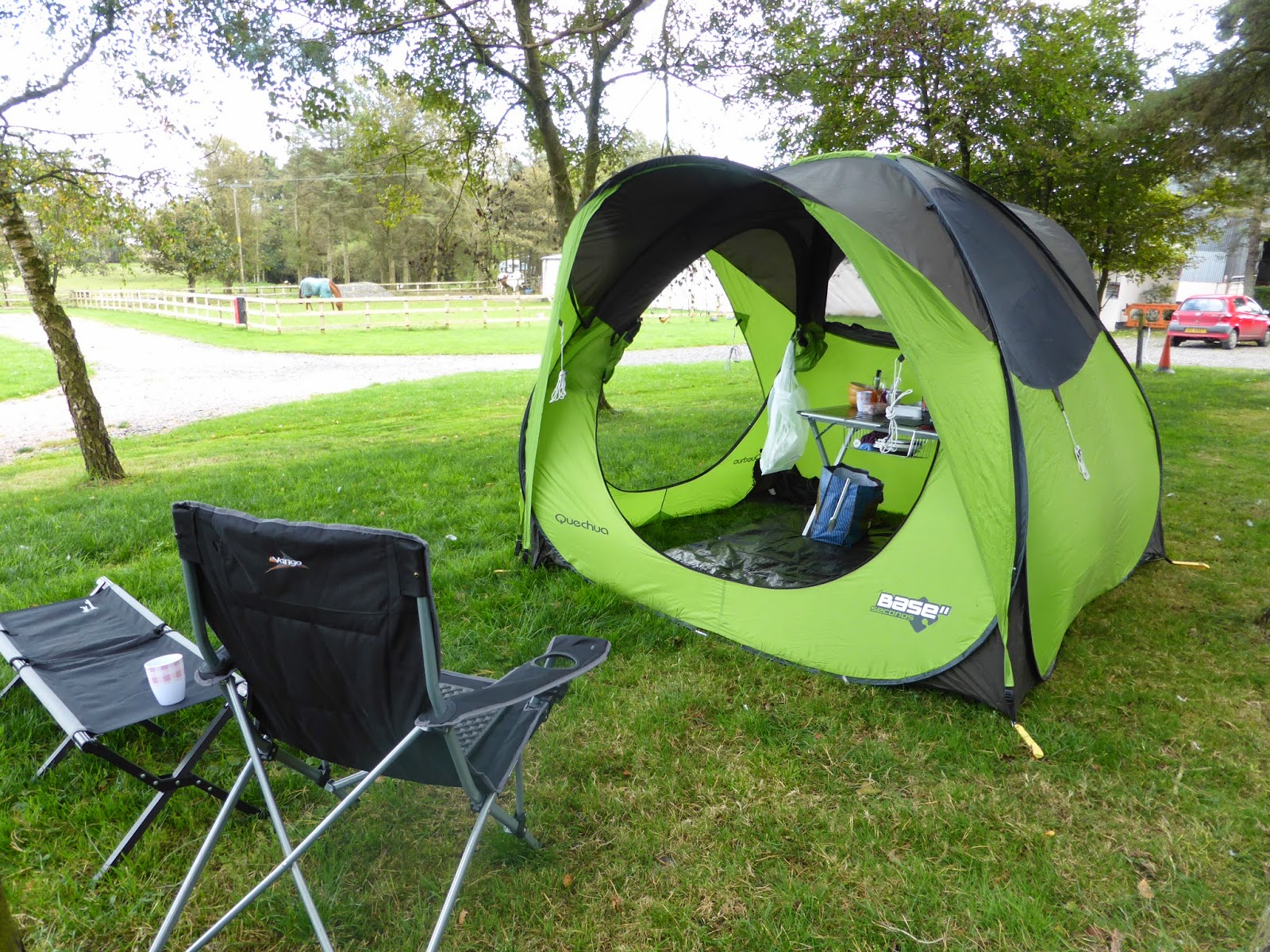 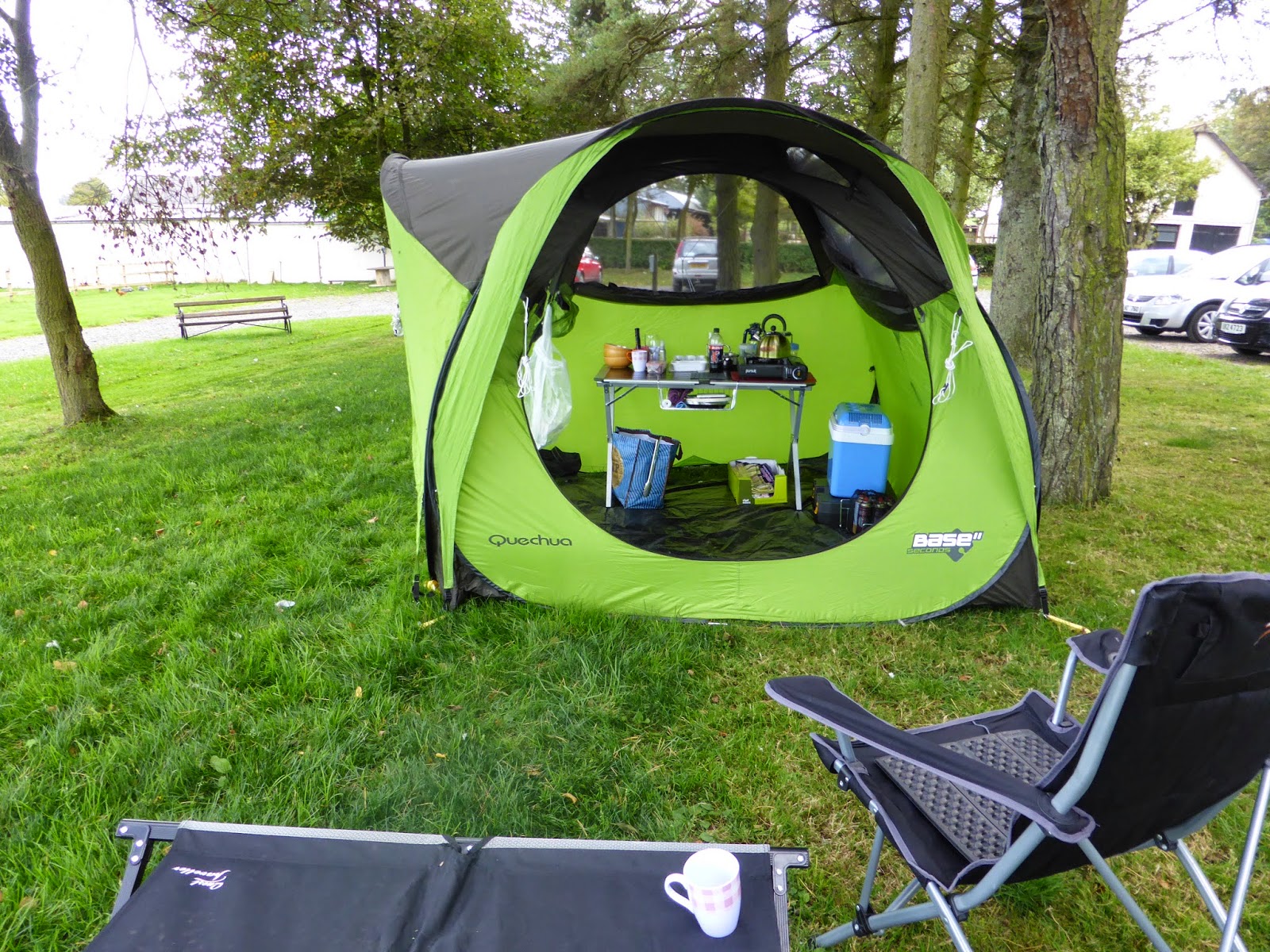 For myself I brought the Lichfield Challenger 5, dates from the eighties and is a tent I used from being a teenager to now, and it's sort of on it's way out. The flysheet is getting very tired and delaminated and every time I use it I think it'll be the last time. I am very fond of this tent, lots of great memories were had in and around it and this weekend is another one to add to the list. For the borrowing tent I brought my Vango Icarus 500. No photo of it though. This was my tent.... 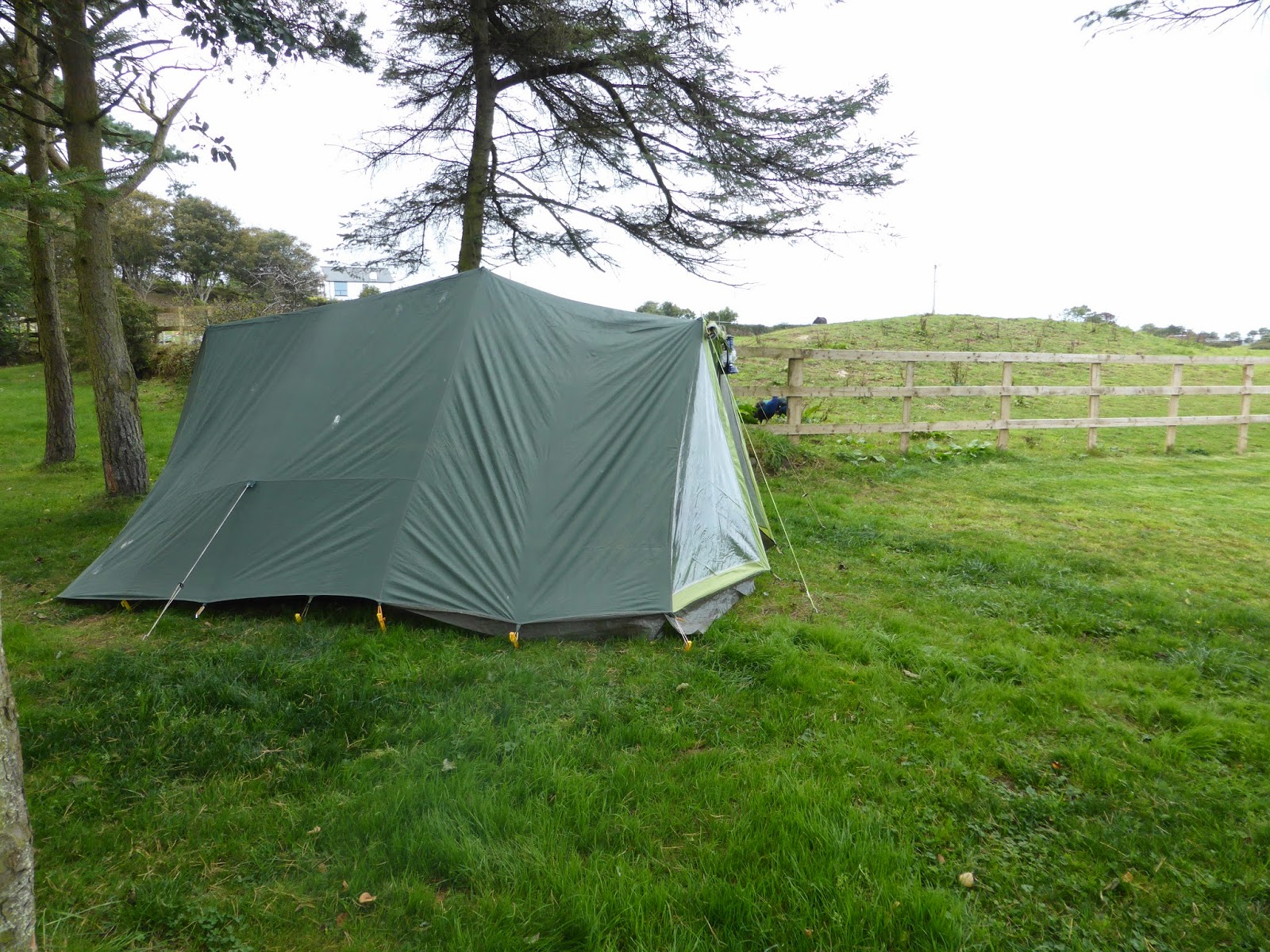 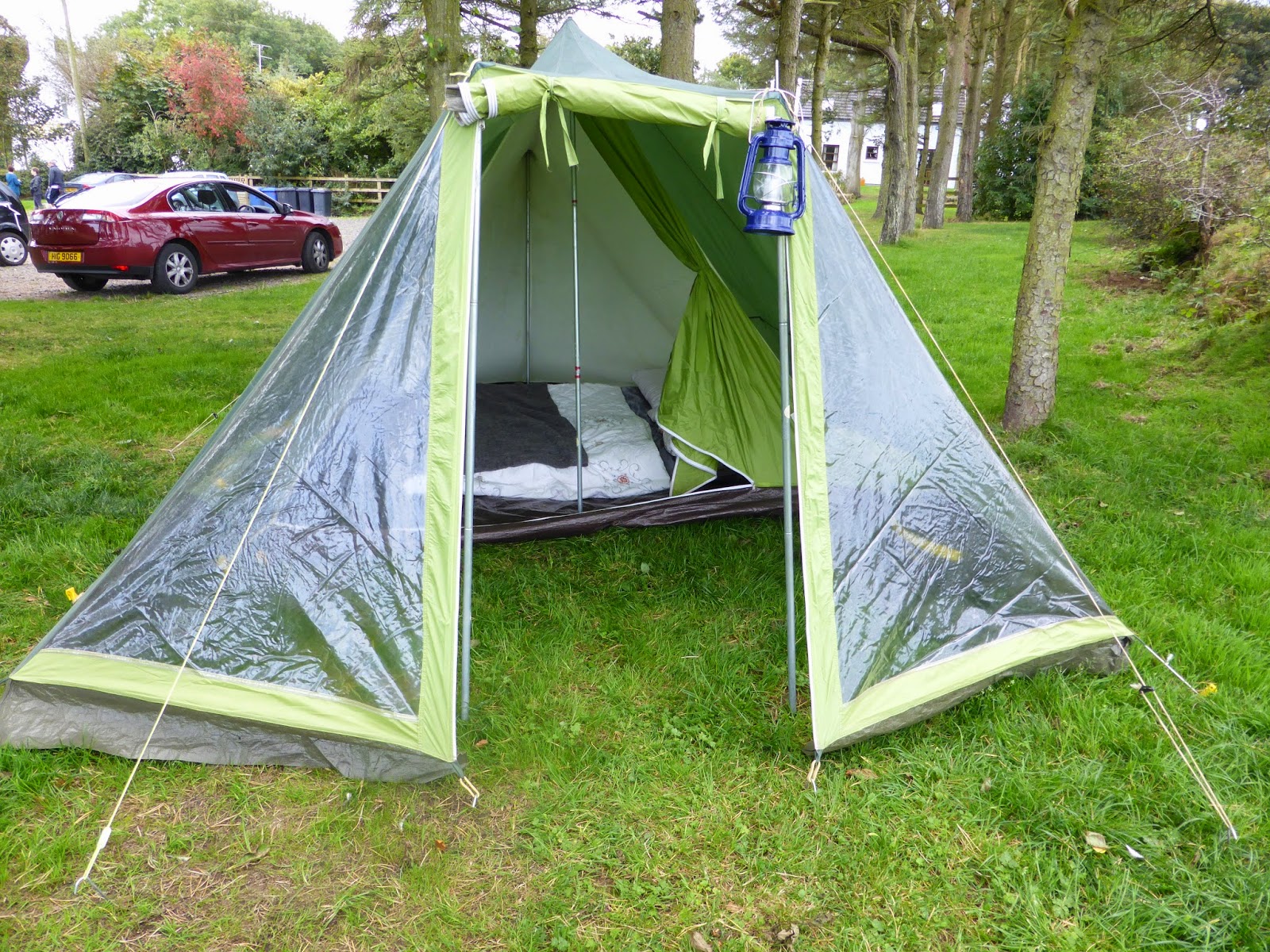 Night one was incredibly cold. This is actually the latest in the season I've ever camped but it has been an exceptionally mild September. The stars were out on the first night and that means a big temperature drop. I'd remembered to bring my hot water bottle and plenty of blankets, but at 3.30am I woke up colder than I could ever have imagined being and struggled out of my tent into the other tent to stick the kettle on. Hot water bottle replenished I was warm but at approximately 4am the site cockerels started. Which brings me on smoothly to the amazing birdlife on Maddybenny site. There are lots of these things just wandering around, begging to be made in to a roast dinner. Only joking of course. 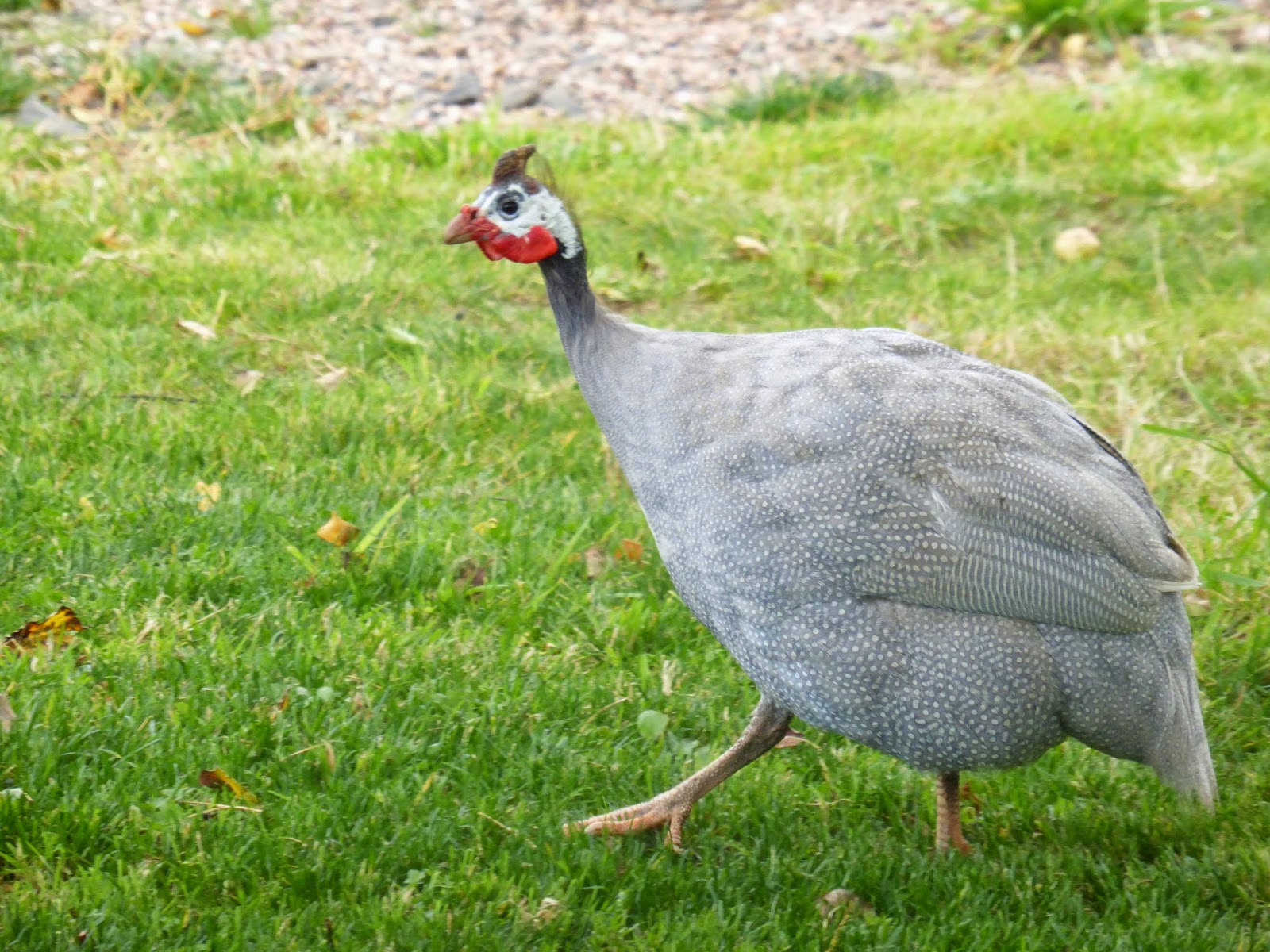 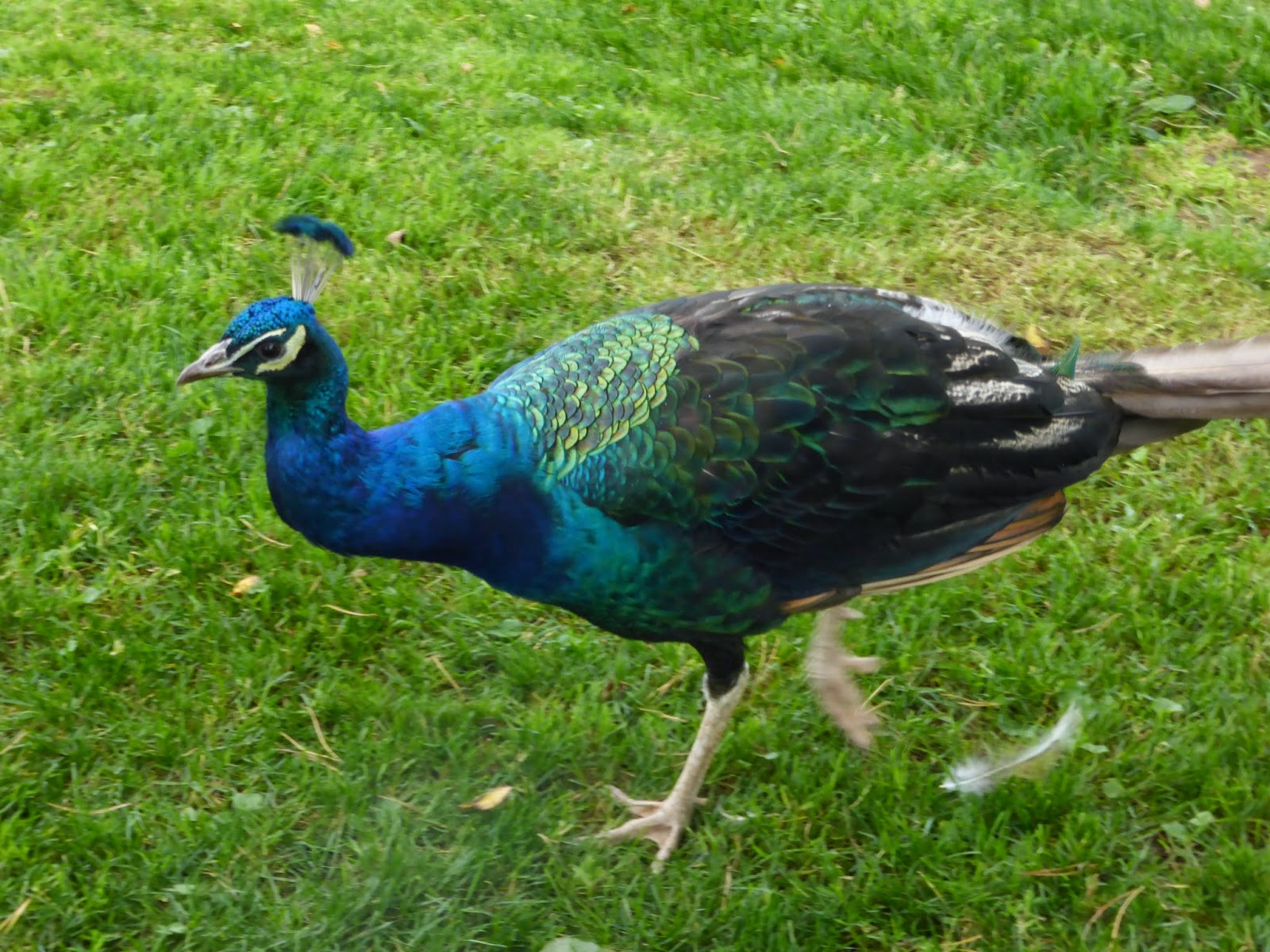 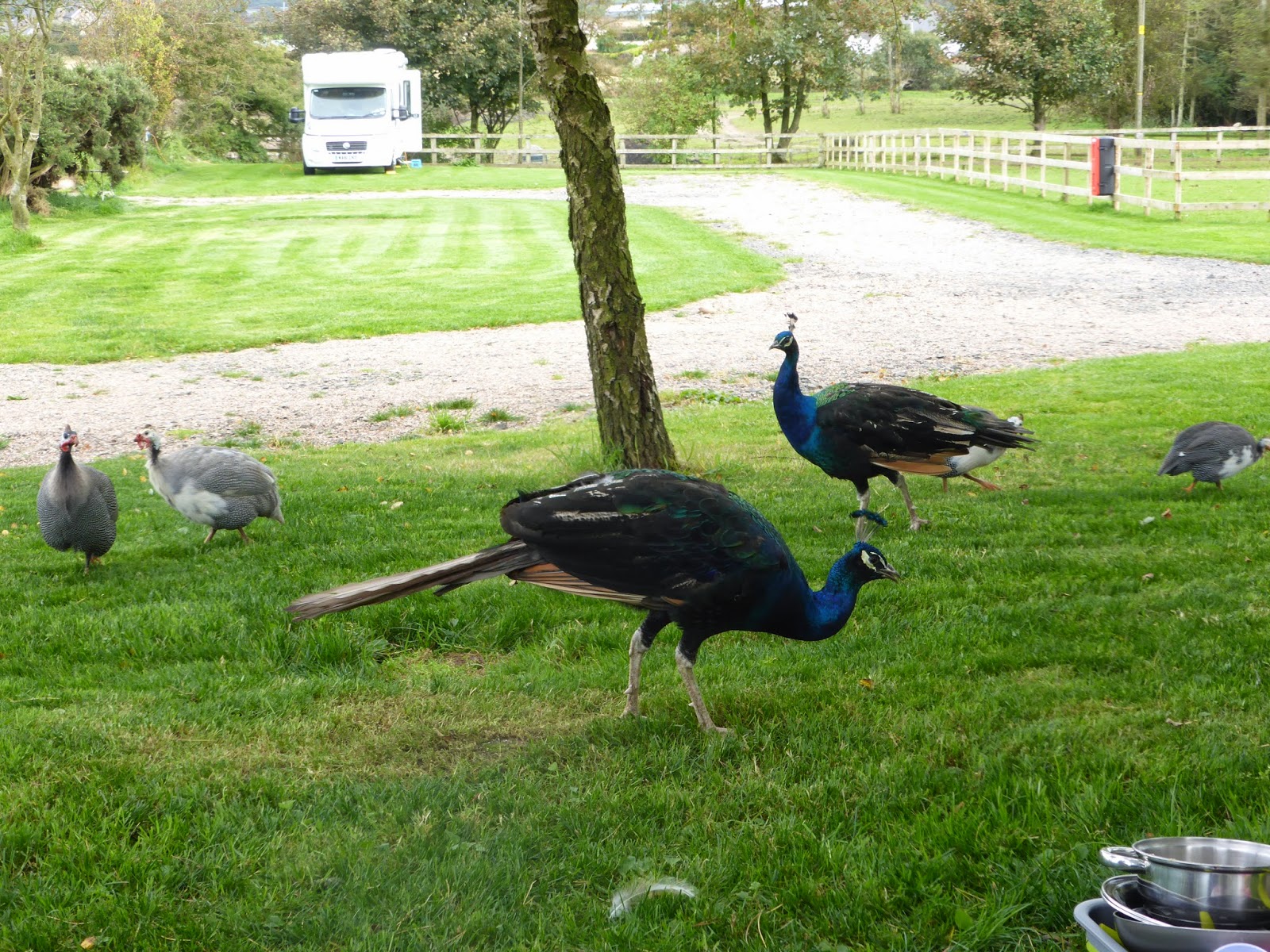 But not joking was the  noise they made. This site is fantastic and the birds are an integral and lovely part of it. Earplugs are required for decent sleep though, not a big deal but the ducks go quack and the peacocks make a funny hoot, and the chickens cluck and the guineafowl make a horrible irritating noise. And worse, the cockerels go Cock - a - doodle - doooo in, it seems, two phases. Phase One is at 4am. Then Phase Two kicks in around an hour later.

The Guinea Fowl look like clowns in full makeup, with their big football bodies and their too tiny heads. Their bodies are about the same size as a beach ball, we thought they were Turkeys but we're townies, we are useless at this sort of thing. The Peacocks are a bit full of themselves, they'd nearly pull the food right out of your hand they are so cheeky! The Ducks and Chickens are just happy around your feet as long as there's bread on the go and then Peacocks bully all the other birds. Fun Fact - a group of Peacocks is called a 'Party'. A group of female Peahens is called a 'Harem'.

The site is well tended and the toilet and shower facilities are good, and clean. All the toilets are unisex and separate to each other, so no need for male and female facilities. Two out of the three showers are large disabled access wet rooms with a loo in the opposite corner to the shower.

The site has an outlook over fields with horses and a sliver of sea in the distance. It's one and a half miles in to Portrush and this site is on a hill overlooking Portrush. The campsite is part of a large working Riding School with sixty horses. Thirty of those are owned by other individuals and stabled there, and the other thirty are used for the Riding School for lessons. So as a working 'Farm' you have to be flexible about there being activity, all the birds wandering about, farm cats and a couple of dogs too.

Maddybenny also has Holiday cottages on the Farm and there is a brilliant games room with a table tennis table and a football table for the use of the Campsite and the Holiday Cottages.

I didn't really go looking for the play area, but I believe there is one and there are also landscaped gardens to explore too.

I met some of the other campers using the site, and Night Two of our stay was spent with them and a small campfire, I'd brought a guitar and then it emerged that one of the guys was a bit of a virtuoso guitar player! It was just really nice sitting around that little fire, a bit of chit-chat, a few giggles and somebody who could play a guitar properly to entertain us. Great memories to carry with me and hopefully for everyone else as well.

Yes I'd recommend Maddybenny, and yes I'll be back.