I have been quiet this year thus far but I've now had two camping trips, only quick weekends so far but the weather has been kind to me both times. The first was at Hillfoot, where I camped alongside two other families and my nephew joined my camp. It was the first time I used the new tent I bought earlier this year. I got a Gelert Cabana 4 on sale at a price not to be refused as a very quick to pitch tent and so far it's been pretty good. It is a bit like a Tepee tent, it has a central pole but the tent is modified in that it has an inner compartment and has two poles near the front for extending the tent a bit regarding head height at the door. It is quite a funky fabric, grey and black swirly design but it does have one drawback - no windows. I haven't been bothered by this so far but I reckon a week of rain would have me going stir crazy in there - so it is a fair weather tent and really for solo camping (even though its supposed to be a four berth). 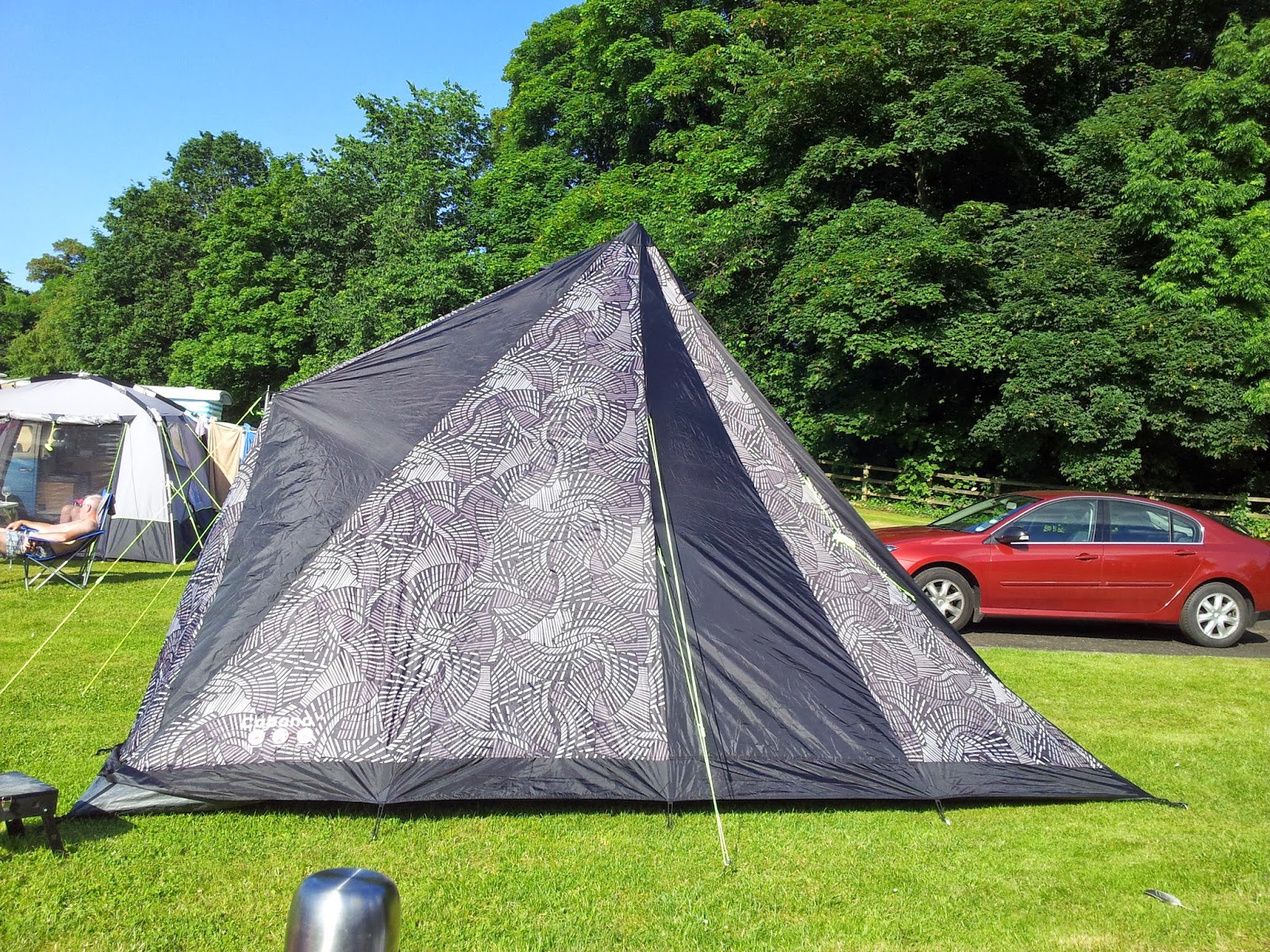 This was my first trip with Coco my Springer only, as a few weeks ago my other wee dog Toby was killed by a car when he got out through a hedge on to a road. Wee Toby is much missed, the whole family have been so upset. He was only two but he was a wee tinker and life is definately a bit quieter!

The campsite is close beside Lough Neagh. The campsite itself looks out onto a river which flows into the lake, and it is a nice outlook as the river is lined with boats being a natural harbour. The lake itself is a five minute dander due West from the campsite, just follow the river. In this picture you may just about see an aeroplane, which shows how close this area is to the International Airport.

Funny quip - two little boys whizzed past me on bikes, one said to the other 'Is this called Lough Neagh' and the other little boy said 'No no...that is in Scotland!'. I think he was thinking of Lough Ness though.
Posted by Campervic at 20:38