Last weekend (third weekend in August) I went to the Sunflower Festival which was held at Tubbys Farm, just outside Hillsborough. Having never been to this kind of festival before I was nervous and excited at the prospect. I’m a fan of live music anyway but I’m a fairly sensible Mum who has the odd glass of red, partying was something I did a long time ago when I had more energy. I wasn’t sure if I’d fit in or if I’d be ridiculed for being there, but I need not have worried at all, it was very welcoming and friendly.
I arrived far too early. I’d anticipated some sort of mad rush to get the best camping spots but in the end I was there before official opening times and was almost mistaken for a volunteer. I nearly got a purple wrist band and a job to do! Actually volunteering would be a good experience and something I might do next year. 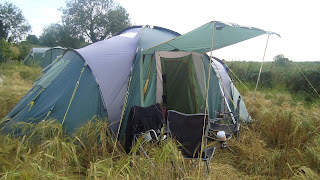 When I arrived on the family campsite it wasn’t all that clear where I was to pitch the tent. This was partly because the signs hadn’t all been put up yet, and partly because I didn’t believe that the waist high barley crop should be pitched in. I chose a pitch amongst some trees instead but then other people started arriving and pitching amongst the barley. The place where we had pitched was seriously bumpy so we moved later that day to the barley too.
I had deliberatly taken an old tent to the festival. Not an old ‘retro’ tent as I really value those when I get my hands on one, but a five or six year old dome vis a vis with a busted, taped up pole and a tear in the fabric near the door. It’s not particularly valuable and it’s been well used to the point of almost delamination so I wasn’t too concerned if it got damaged or muddy. I was astounded by all the ‘good’ tents that people had brought with them, there were lots and lots of the Pagoda style Quechua 4.2’s and even one of the new model that replaced the pagoda style one (which is not as pretty in my opinion). There were large Outwells and Bell tents too, so there was no need to bring an old, nearly done tent. I could have brought my Vango Icarus and been able to stand upright! I’ll know for next year....

There were three stages, a main stage, a campfire stage and a barn stage. The music was scheduled in such a way that when the main stage was between sets the other two were active. This meant that the sound from the main stage didn’t encroach on the music from the other two, which were quite far away from each other. The campfire stage was my favourite, built in such a way to face a slope which had logs dotted around to sit on, and a large campfire was lit when the sun went down. 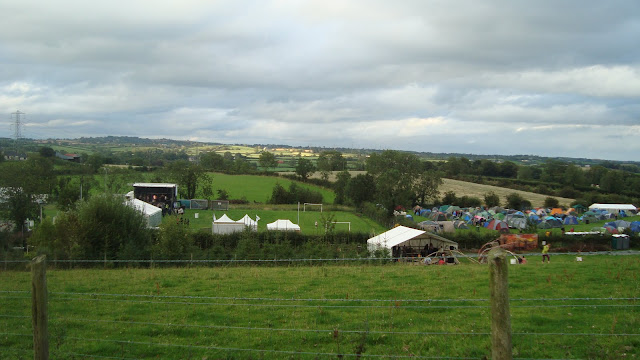 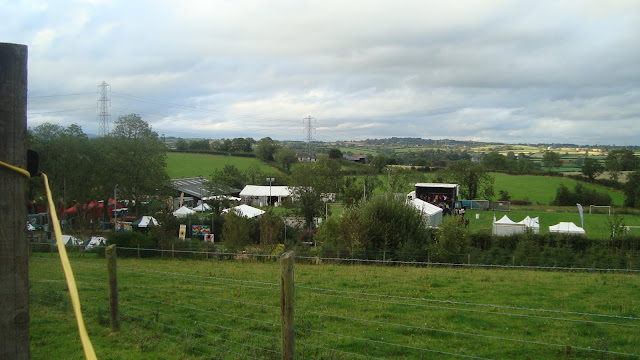 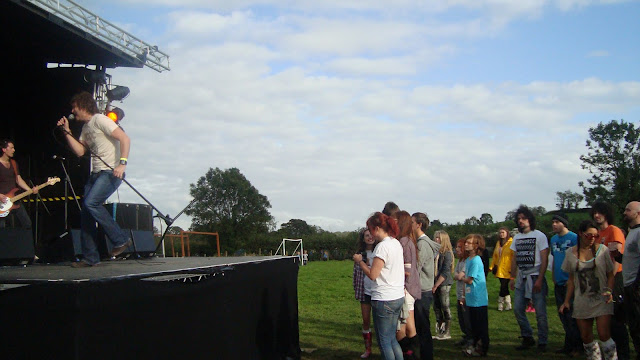 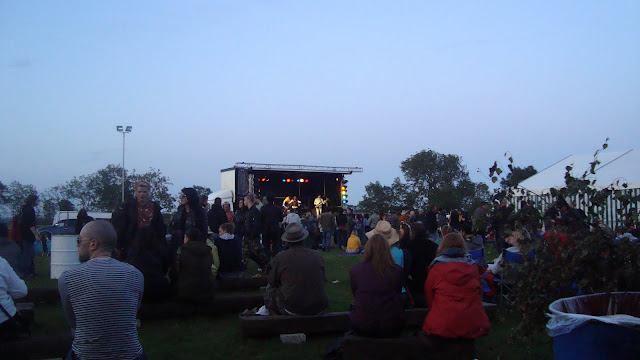