Stan finally gets a few repairs. 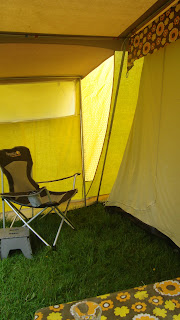 Stan Evans Standard 6 is a frame tent dating from the early 70's which my parents bought in 1974 for, they think, about £350. It would have been an absolute fortune then.

It got lots and lots of use, but has languished in the loft of my parents garage for many years. Luckily it was dry and it hadn't been made home to a colony of mice. The last time it had been used the poles where bent due to a sloped pitch and a bad storm, the wind got under the tent and lifted the whole thing.  To be honest I thought the poles were for the bin.

But it's not too bad if a bit wonky and luckily my Dad was able to straighten out the worst of the poles last week. I pitched it in the garden in order to replace a few bits and bobs on it, some of the tent rubbers are degraded with age and I wanted to look it over to see what repairs needed done. I also wanted to get it soaked through, and chose a weekend when the heavens were supposed to open. In the end, despite the forecast, there was not ONE drop of rain. Typical. If I'd known that I would have been away camping in one of my other tents!

I restrung the curtains with new wire and got them hung. I do like them now (I used to hate them) and I think it might be because they're so old they're retro now!

The canvas is very well faded, but as least it's evenly faded all over. The top is still quite brown inside but it's cream from the outside. And the bright, lime green on the inside walls is pale green on the outside, hardly discernible from the cream colour. The curtains are brown, orange and lime green flowers, in these pictures I'm using one set of the curtains as a table cover. The children and I had our Sunday Lunch in the tent, and my Mum and Dad came to visit the tent later on in the afternoon.

The repairs were minor, I replaced some of those rubbers and added some zip pullers. I ordered a hessian bag from ebay to serve as a pole bag, and since I've taken the tent down another four poles have made it to my Dads garage in order to get some more straightening out done.

I'm trying to figure out how to take this tent to Cork in my hatchback with all my other camping gear. I don't have a tow bar on the car although I could borrow a trailer if I did. I don't want to tow a trailer all the way to Cork anyway. I'll probably end up taking a polyester tent anyway but if it's at all possible to fit this in with half of the back seat down I'll be taking Stan to Cork instead!

When I first test pitched this tent last year and posted pictures online I got a response from the Grandson of Stan Evans himself! To be honest I was amazed at how things like happen in 'virtural land'. 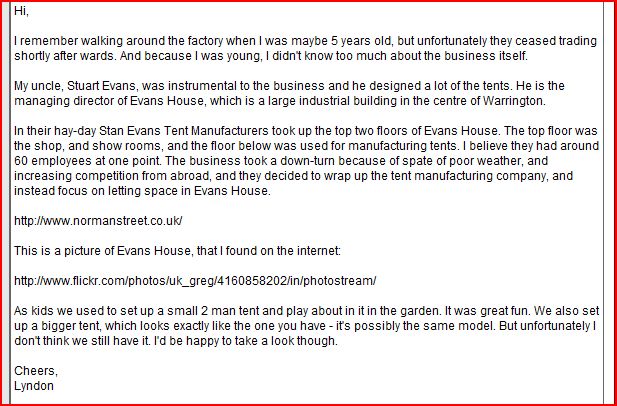 It's not in bad condition for a tent that's nearly 40 years old. 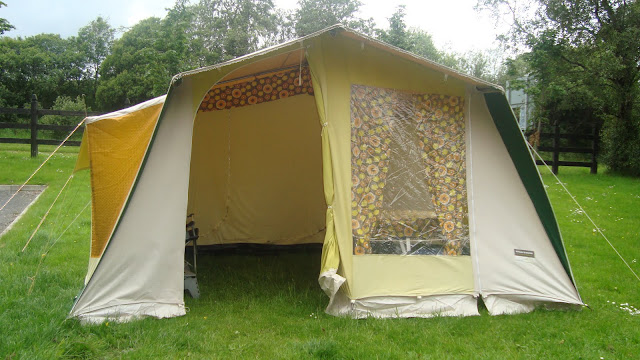 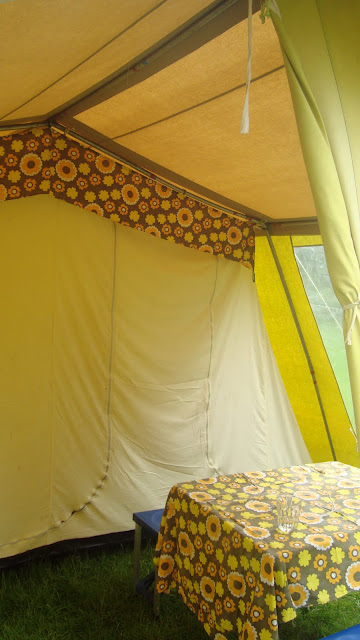 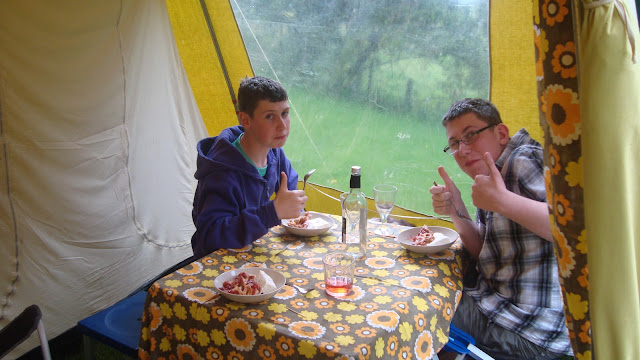 The Factory in Warrington 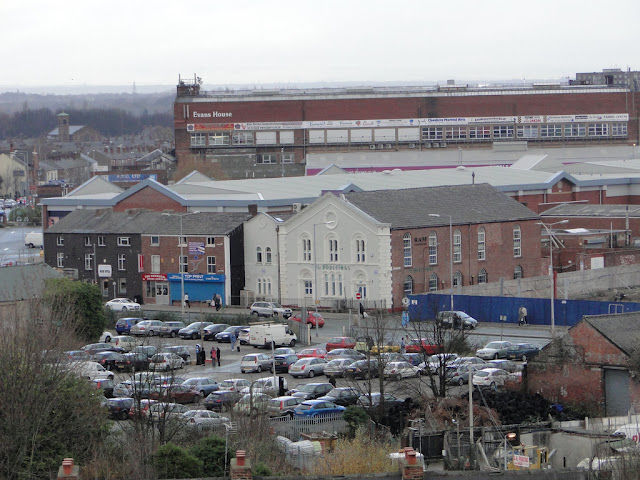