One night in Donegal

In Northern Ireland we don't often get a long spell of good weather. However we've been having the best run of dry and warm weather for as long as I can remember, with temperatures from May through to now in the mid to late twenties and hardly a drop of rain. It has been too hot!

So, perfect camping weather! Off I went, I went very light, throwing a 4 person pop up tent in the car almost like an afterthought. I wasn't even sure where I was going! But I did know one thing, I wanted to go to the beach.

The best beaches I know of are in Donegal, particularly all around the coast of Gweedore. My favourite beach is adjacent to Donegal airport and I had a new toy to play with, a Stand up paddle board.  I wanted somewhere with relative privacy to try it out as I knew it would take a bit of getting used to.

I went straight to the beach, pumped up the paddle board and got going. I had my little dog with me who caused a bit of a problem jumping on board with me. I found it very challenging to actually 'stand up' on the Stand up paddle board, sitting down was definately more my style. I literally spent hours paddling up and down the coast line in shallow water, no deeper than waist deep.

By this time I'd formulated a plan. I decided that I'd stay at Sleepy Hollows Campsite where I'd been once before quite a long time ago. I knew the pub down the road, Leos, would do a nice meal so I called in there for a Steak on the way to the campsite. 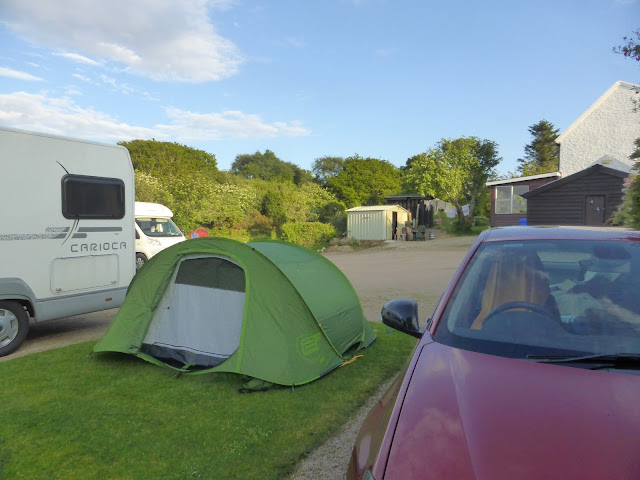 I knew Sleepy Hollows was quite bad for midges. I'd forgotten just how bad and although I had quite a bit of 'smidge' on I got quite badly bitten. The following morning the midges just descended on me like a cloud attacking my face in particular. It was horrific, so I literally threw everything in the car and went to the beach. At the beach the constant breeze ensured that midges can't hang about too long.

Another scorching day meant that even at 10am I was struggling with the lack of shade. I backed the car up to a quiet spot at Mullaghderg Beach and pitched the tarp at the back of the car. My swimming gear was still a bit wet from the day before so I used the poles as a drying line. Then I set about making breakfast on the stove and there wasn't a single soul around. It was bliss.

In the afternoon after another day of paddleboarding I decided that I didn't want to stay a second night partly because of the midges at the campsite and partly because I did have a commitment at work which I could have delayed a day but I preferred to get done in the time frame I'd told the client I would. I headed back to the campsite to pack up and by teatime I was back on the road heading home. 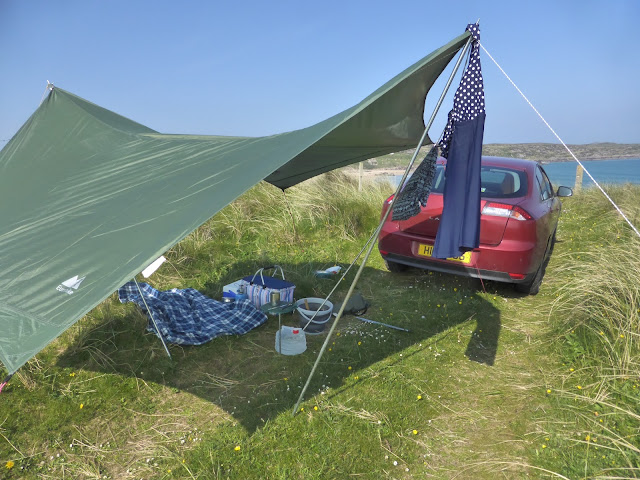 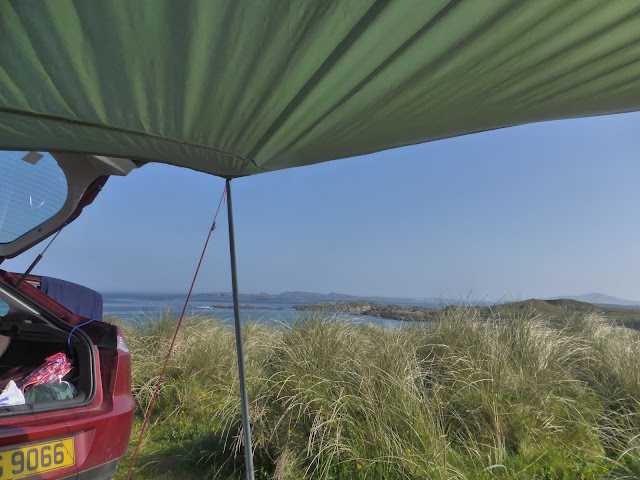 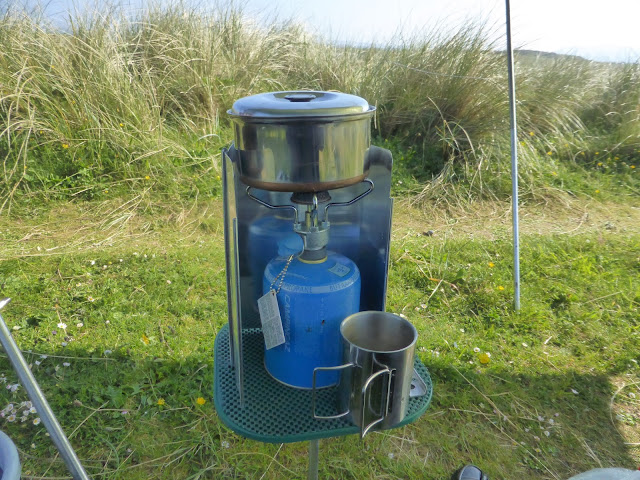