What a fantastic overnighter we had at The Shepherds Rest which is near Draperstown, Northern Ireland. When I say we, I mean my nephew and myself. Our very first Auntie and Nephew camping trip! We also had great company in the form of John, a fellow member of the Northern Ireland Campsite Forum.

We arrived on the Saturday morning about 11am with what we thought was minimal camping equipment. I had planned this out throughout the preceding week, and it seemed to be a longer list than it should be. Especially when we were only staying one night! We brought the tent obviously, and our beds, and a chair each. I brought the coleman mini table I'm so pleased with - and another backpacker table which I could have done without. I brought coffee making things, as we were only planning on one night we planned to eat out. We brought the makings of a breakfast and that necessitated a cool box. I also needed our basic first aid kit, baby wipes, a dish washing bucket plus dish washing liquid, a plate, mug and spork each, and kitchen roll.

The site is in the back garden of the Shepherds Rest public house. The pub nestles into a pretty valley in the Sperrin mountains and as the name implies, this is sheep farming territory. I had the good fortune to be travelling from the west, so I approached it through the mountains on a lovely sunny morning. The clouds threatened us with a few drops of rain every so often, but they soon moved on.

The site is in two sections, separated by a hedge. On the south side of the hedge are Caravan hardstandings, and some terraced grassy areas for tents. On the north side of the hedge was the true pub garden, but it is large and can hold tents as well. It has planted borders which at this time of year are bright with many flowers, the grounds are well tended, the grass freshly mown. There is a long path through the middle of this garden, with a canopied area at the back of the pub, slightly raised and with tables and chairs. This part of the building houses the function rooms, not the general bar area, so you don't feel you are under scrutiny all the time. The other end of the path brings you to a re-creation of an old Irish Cottage, complete with a small campers kitchen in one corner. There is comfy seating, a table and chair arrangement and an open fire. There are a few vintage items strewn about, interesting artifacts like a traditional butter churn and some gas lanterns. The fuel for the fire seemed to be provided by the site.

The electric kettle in the campers kitchen corner was brilliant, much quicker than faffing about with my own backpacker stove which is not that stable. We used it for coffees, hot chocolate for my nephew, and to fill two hot water bottles.

As the summer is wearing on the night time temperatures are starting to drop. The heat wave we had in mid July is gone but we've still had quite good weather since, mostly sharp showers with sunny spells. The temperatures have remained normal (not exceptional like they were in the heat wave) but the nights are drawing in, getting progressively earlier and with it, it's cooler. We had good bedding with us, but the hot water bottles were nice to warm the beds just before getting in to it. I had to evict mine once settled as it was too warm. Then about 2am, I woke chilled to the bone. I'd taken a fleecy blanket and woke up enough to arrange that over me and an hour later I threw it off again as I was far too warm.

A large family group with four or five tents had come during the day, and they were lovely people but there were a lot of them. They had quite a few children as well. The kids got very excited and were incredibly noisy that night. They were having a wonderful time, and I love to hear kids having a good time...just not at midnight! Thank goodness for ear plugs!

The amenities for the campsite are housed in a room at the back of the pub. There are steps from the 'garden' into this area and they are quite steep, and I think, would benefit from a hand rail. That aside, the room that caters for the campers is really good. There is a corner for laundry (washing machine, drier and dedicated sink), another for an information area which was a table and notice board, with notices, services, brochures and a guest book. Just inside the door was a campers 3/4 sized fridge. The men and ladies bathrooms were to the rear of this room, one per gender. As the shower was situated in the same room as the toilet that meant it was essentially a wet room. The only problem with this is that when someone takes a shower they are effectively stopping others from using the loo.

All in all, a great site and one I will definitely return to. I will leave the tables and chairs at home the next time, and use the picnic tables already there. 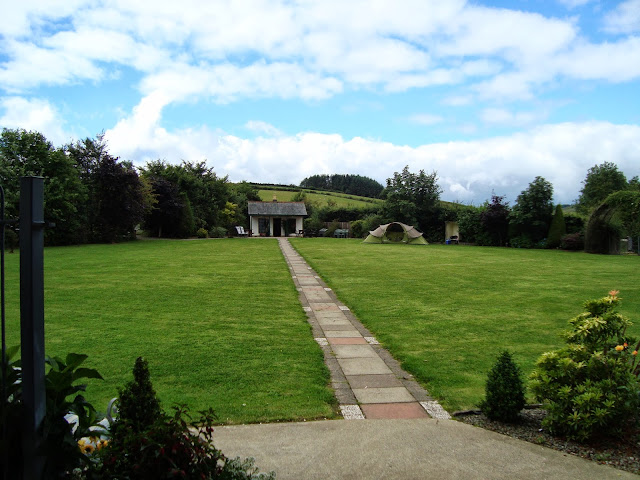 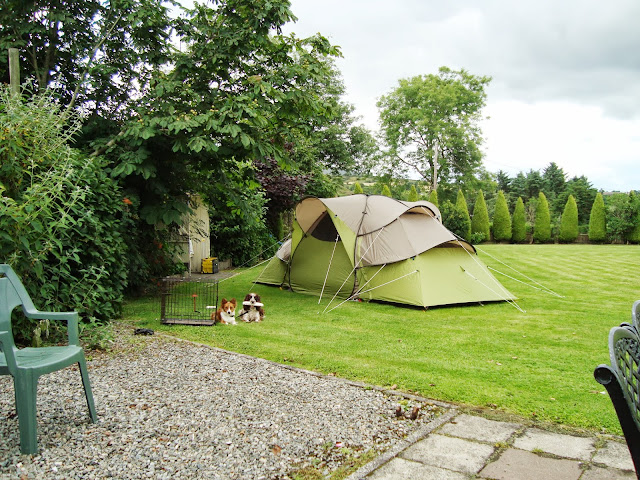 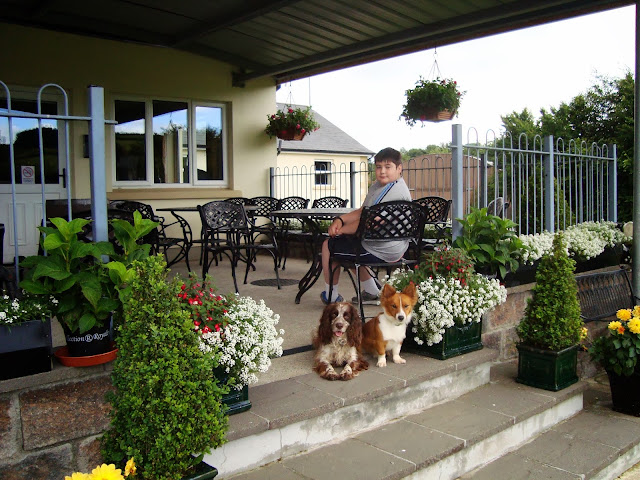 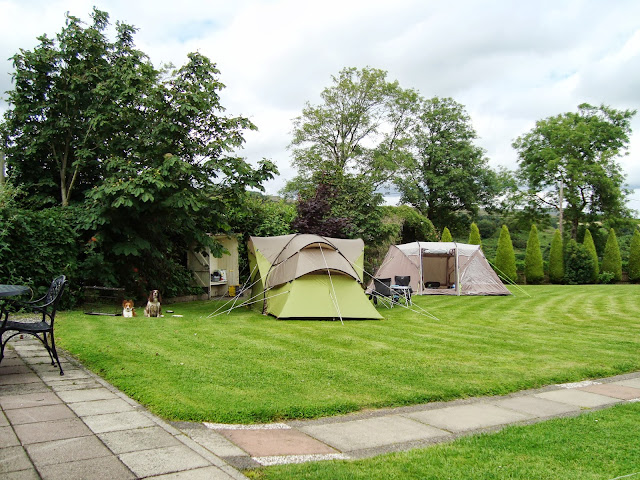